Although Motorola has pushed the Android 10 updates for the entire Moto G8 lineup, the Moto G8 Plus (Moto G8+) is still devoid of it.

While users are awaiting the Android 10 updates on their Moto G8 Plus (Moto G8+), the Lenovo owned OEM has made the February 2020 security patchset available for the users, based on Android 9 Pie.

This also hints that the Android 10 update might not be arriving anytime soon. Though security updates are also very important as it keeps your device safe and secure from dangerous vulnerabilities, Moto G8 Plus (Moto G8+) users are more interested in the Android 10 update. You can check out various user queries on the official Motorola community website, where several users have asked about the Android 10 updates for the Moto G8 Plus (Moto G8+).

In response to such queries, Motorola is giving out vague and scripted answers that the users will be notified about the update once it is available.

The users of Motorola G8 Plus also had a pretty hard time in squeezing the February 2020 security patchset from the OEM that has been currently rolled out for the masses.

It has been months since the users have been asking for the security updates, but once again, users were treated with the same vague and scripted response by Motorola support. Just a reminder, that the Moto G8 Plus was running the November 2019 security patchset before this February patch arrived.

Coming back to the latest update, it arrives with the version number PPI29.65-51 and it brings in some stability improvements for the device as well.

Check out the complete changelog (translated from Portuguese) along with the screenshot for the Moto G8 Plus (Moto G8+):

Moreover, the update seems to be hitting the units in Brazil, and other regions are expected to join soon.

As we have already pointed out that this pie based security patchset, pushes the Android 10 update off the cards for the Moto G8+ at least, for some time. We will keep you posted once we have more information in this regard. 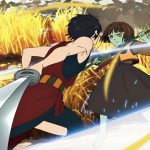