Motorola has yet to come up with an exciting smartphone as we come close to the end of the year. There were few hits and misses from the company but none of its products matched the expectation of today’s smartphone user.

However recently, the company came up with a revised version of its iconic Moto Razr, it again fell under the radar due to its mediocre specs considering the $1500 price tag. Though the company is not a name to reckon with, it is trying to keep themselves in the picture of today’s competitive smartphone market by pushing out security and firmware updates for its devices.

And in a recent development, Motorola has announced the November 2019 security patchset for two of its device namely, Moto G8 Plus and Moto Z4.

The update will bring the latest patchset along with some system and stability improvements for both the devices. Moreover, you can expect the latest updates to hit your devices in the near future.

Let us take a look at the update announcement for both the devices, one by one.

In the camera department, it packs in a single 48 MP camera along with a 25 MP selfie shooter. You get an under-display fingerprint scanner and also the support of 15W fast charging.

Now coming back to the announcement, below is the official changelog along with the screenshot of the same:

Motorola is excited to announce a new software update for moto z4. This update brings important improvements to your phone.

This update introduces changes including the following:
– Android security: Android security patches through November 1st 2019.
– Stability improvements: includes changes that fix bugs and improve the stability of your phone.

To recall, we reported at the beginning of this month, a pilot MFN (Motorola Feedback Program) program went underway for Motorola Moto Z4 and it was speculated to be for the Android 10 update.

Since there is no concrete information whether it is meant for the Android 10 update, we will keep you in the loop on this one. Coming to the announcement of November 2019 update for Moto G8 Plus, it just tags along the latest patchset. Below is the official changelog and the screenshot of the same:

Motorola is excited to announce a new software update for moto g8 plus by Motorola. This update brings important security improvements to your phone.

Notably, both the update will be pushed via OTA in batches and will take some time in hitting all the units. However, you can manually check for the updates by heading to System>>Advanced>>System updates. 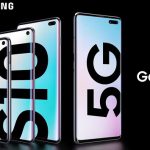 Samsung One UI 2.0 update (Android 10) roadmap has a couple of surprises, but expect revisions