Back in January, we saw Realme come out and promise to roll out WiFi Calling, more affectionately known as VoWiFi, to a number of its devices, including Realme X, Realme 5, Realme 3 Pro, Realme 2 Pro, Realme 3i, Realme 3, among others.

Already, some of these devices have been updated to support VoWiFi. Most recently, we have seen the Realme 2 Pro get this feature with the March security patch update.

Today, Realme is extending the same support in an update to a few more devices, including the Realme 3i, Realme 3 and the Realme 3 Pro pictured above. This feature is bundled with the March 2020 Android security patch update.

First up is the Realme 3 Pro. This device was first unveiled back in May 2019. Some of the key highlights of the Realme 3 Pro include the fact that it features a 25-megapixel selfie camera. It sports a 6.3-inch IPS FHD+ screen and is backed by a 4,045mAh battery.

This update brings the software version running on the Realme 3 Pro to version RMX1851EX_11.C.04. The update is a little more comprehensive than the usual monthly security patches and here is the changelog.

At the time of writing, the Download link to this firmware is still not available.

The following is the update’s changelog.

As is the case with any update roll out from Realme, this is going to be a staged rollout meaning, some users will get this update before others. This, the company says, is in order to ensure the stability of this update.

However, you can download the firmware zip file and manually update your device to this build to enjoy VoWiFi. Below is the download link to the firmware.

The other Realme device that is getting VoWiFi support and an update to the latest March 2020 Android security patch level is the Realme 3i.

The update’s changelog is a lot similar to the one we have seen for the other March 2020 security patch updates for Realme devices in India.

If you are not patient enough to wait and have the update pushed out to your device via an OTA update, you can download it and install it manually on your device using the link below.

It is commendable that a company, in this case, Realme, is able to roll out an update to address a select market. This just goes to show how consumer-centered the company is. VoWiFi support on Airtel & Jio is set to continue as more and more devices get updated.

The download link is now available for Realme 3 Pro devices as well.

NOTE: We have these and more VoWiFi and Realme stories. 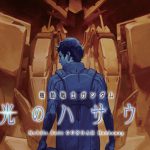