On the other hand, Honor 9N, and Redmi 7 are picking up the February 2020 patchset. Whereas, the Realme C3 and Redmi Note 8 (Global variant) is grabbing the optimization update. Let us take a look at the updates one by one:

The Samsung Galaxy Note 10, Note 10+, Note 10+ 5G and the Galaxy S10+ 5G are getting the March security update on the Verizon carrier network.

The March security patch arrives with the version number BTB3 for all the Note 10 series phones while the Galaxy S10+ 5G is getting it with version BTB4.

Here is the common changelog for the update hitting all the Galaxy Note 10 and S10+ 5G phones:

The Verizon variant of the Galaxy A50 is also picking up the March 2020 update. It arrives with the version number ATB3 and is purely incremental in nature.

Another major US carrier network, Sprint is rolling out the March 2020 update for the Galaxy Note 9. The OTA arrives with the version number DTB2 and weighs in around 171.80 MB in size.

Notably, the Sprint variant of the Galaxy Note 9 has recently picked up the One UI 2.0 (Android 10) update with February 2020 security patchset.

The recently launched Realme X50 5G is also being delivered a new update that brings along fixes and enhancements for the network, camera as well as bumps the security patch to March 2020.

It hits the units with version number A.10 and is currently live in China. Below is the official changelog of the update:

Xiaomi has now rolled out the March 2020 update for the Redmi Note 8 in China. The OTA arrives with the version number V11.0.6.0.PCOCNXM.

App lock
– New: App lock is supported for all apps now
– New: Revamped the start page and optimized some features

You can also grab the download package file from the below section:

The size of the OTA is 603 MB. But if you wish to download the package file right away, then head to the below section:

Realme has rolled out a featureful and optimization update for the Realme C3. It arrives with version A.15 and brings optimization for the camera, gyroscope, etc.

The global variant of the Redmi 8 is grabbing a new optimization update. It arrives with the version V11.0.7.0.PCOMIXM and weighs in around 2 GB in size. 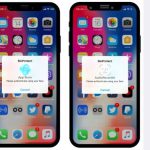 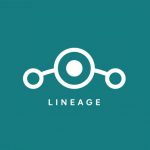