In the past couple of months, we have seen countless devices from dozens of different OEMs getting updated to Android 10. These have been devices from the likes of Xiaomi, Oppo, Realme and many more.

Granted, there still are a number of OEMs who are yet to get Android 10 to a good number of eligible devices but many timelines hint towards official rollouts pretty soon. One such OEM is Vivo.

True to the company’s word, Vivo X27 users have started reporting receiving an update to this new early build of Android 10 for their device.

We still don’t have the English version of this update’s changelog but here is the Chinese version of the same from one of the users who has received the update.

This update is rolling out to users who successfully signed up for the public beta during the recruitment. For users who were not able to sign up for this trial, it might be worth waiting for the official release.

As this is an OTA update, it might take a few days for it to land on your device even if you did sign up for the beta testing so still, you might want to wait and keep an eye out for updates to your device. 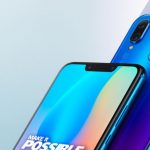