Devices are constantly receiving the security patch updates. These updates fix bugs and bring about stability and security improvements. In this regard, smartphones from Asus, Huawei, Vivo, and Oppo have received the monthly updates.

The Huawei Enjoy 10e, Vivo Y9 Youth/Y85, and Oppo F9 & F7 are the ones to get the February security patch update. On the other hand, the update for Asus ZenFone 6 (Asus 6Z) optimizes system stability.

Asus Zenfone 6 has already received the February security patch update a couple of weeks back. That update, apart from updating the Android security patch also enabled the randomized MAC feature. Now the device has received another update.

This time though, there’s no upgrade to the monthly security update. The version number of this update is 17.1810.2002.137 and brings system stability to the core.

The Huawei Enjoy 10e has recently received the February security patch update. Apart from enhancing the device’s security, it also brings about camera and network optimization. The update comes with EMUI version 10.0.1.122.

-Camera: Optimize the rear camera with a large aperture mode.

-Call: Fix the issues with the VoLTE video call interface when it appears abnormally.

-Audio: Optimize the audio playback effect in some games.

-The update also brings February 2020 security with Google security patches and fixes to 2 critical and 20 high levels of Common Vulnerabilities and Exposures (CVE).

-One of the critical CVE-2020-0022 AKA BlueFrag was also fixed in this update, which allows silent code execution on the device that leads to data theft and spreading malware.

China equivalent of Vivo Y9 Youth i.e Vivo Y85 is also receiving the February security patch updates. Apart from that, some new features have also been added. Likewise, there are some optimization and improvements to the system as well.

The update weighs around 826MB and carries PD1730_A5.10.3 as the version number. Here’s the complete changelog of this update for the Vivo Y85 (translated from Chinese):

After the Oppo F15 and K3, Oppo F7 has also received February’s security patch for its ColorOS 6. The update, based on Android 9.0 Pie, comes with the version number CPH1819EX_11_C.12 and contains system security patches.

-Upgrade to the new version of ColorOS. This version applies the Android 2020-02 security patch to enhance the stability of your system and make your phone more secure.
-Contains System Security Patches

Next up, we have the Oppo F9 with the security patch for the month of February. The update, with version CPH1881EX_11C.18, makes your device more secure. Here’s the changelog for this update:

-Upgrade to the new version of ColorOS. This version applies the Android 2020-02 security patch to enhance the stability of your system and make your phone more secure.

So these were some of the devices that have recently received the February’s security patch updates. Keep a check on your device’s notification for the OTA. 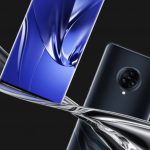