It’s natural for smartphone makers to distribute their software update rollouts across stages/phases. Usually, the software is pushed to a handful of units first and later, after extensive monitoring of the initial batch for any issues, the wider rollout follows.

This is what’s happening with the Mi 8 Android 10 update, which is currently rolling out widely to more units across the globe. This comes a day after more Mi 8 Pro users also started receiving their update to Android 10.

Following its release last month, the update has been under close monitoring by Xiaomi developers looking to establish any major issues before making it widely available.

Seemingly, no major issues were found in the firmware and as of this writing, Xiaomi has decided that every other Mi 8 owner across the globe should also get a taste of Android 10. And indeed, the OS is now rolling out over the air.

FYI, the very first Android 10 OTA the Mi 8 picked up in early January as MIUI 11.0.1.0.QEAMIXM was canceled after the company determined that it wasn’t fit for use as a daily driver.

A patched-up MIUI 11.0.3.0.QEAMIXM was then released a couple of weeks later and so far, it seems this version is perfect hence the wider availability of the same firmware.

You can either sit back and wait for the OTA update to arrive or download the new firmware and install it manually on your Mi 8 handset via the link below.

Russia is now receiving the stable Android 10 update on the Mi 8 as MIUI 11.0.2.0.QEARUXM, tagging along February security patches. The download link for those who want to go the manual way is right below. 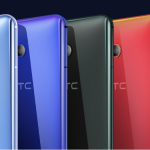 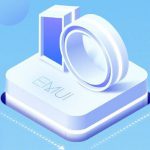