Many OEMs have come out with fresh updates for one or more of their handsets in the last couple days. These updates, both big and small, include security patch, bug fix and more. Detailed below are some of new update from the smartphone makers:

Samsung rolled February security patch for the Galaxy A50 devices in India. Though welcome news for users, it may disappoint a few users as well. The company has already rolled March security update in a few regions, such as Israel. Separately, the Korean company also released an update for the Galaxy Buds +. The update version R175XXU0ATC2 fixes a few issues, such as with the delay time, charging and more.

Oppo has released the January 2020 Android security patch for the Find X device. The update was rolled on 9th March and carries version CPH1871EX_11_C.18. Vivo has rolled out an update version 6.12.17 for the Z3 device. As per the screenshot shared by a user, the update optimizes system security, enhances the compatibility and stability, and optimizes system power consumption. Huawei has come out with New Features Beta 10.0.0.221 for the P30 and P30 Pro users. The update includes several changes, such as changes to screen off display, flashlight, voice clock and more.

Xiaomi Mi A3 LineageOS 17.1 support arrives while Android 10 update re-release is in limbo 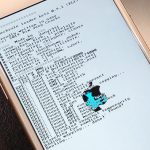