Huawei may still be battling its Android ban from last year, but the Chinese company currently has the most number of devices running EMUI 10 based on Android 10 OS, the latest and greatest from Google.

The OS started rolling out in November 2019, with devices in the high-end Huawei P30 and Mate 20 series the first culprits, soon to be followed by their counterparts from Honor.

As usual, though, the rollout was gradual, with China and Europe leading the way while other regions across Asia, the Middle East, and Africa joined the party later on.

The wait for the Mate 20 Pro EMUI 10 update in India took several weeks, but when it did arrive, it wasn’t long after before Huawei elected against a wider rollout of the software in the Asian sub-continent. As you can see from the screengrab above, Huawei India did promise to resume rolling out the Mate 20 Pro EMUI 10 update by the end of January 2020. Apparently, the company kept its end of the bargain as the OS is now available to download.

Thank you for showing your interest for Android EMUI 10. We would like to inform you that Stable version of Android 10 / EMUI 10 for Huawei Mate20 Pro device has been recently released.

As of this writing, the OTA update is already hitting Mate 20 and Mate 20 Pro units, although we don’t have details about the incoming EMUI 10 version. If the OTA hasn’t hit your unit, check manually by going to Settings > System > Software Update > Check for Updates.

Alternatively, you may also find the latest EMUI 10 update for your Mate 20 or Mate 20 Pro handset via the Support app, previously known as HiCare app.

Indeed, Huawei has resumed rolling out Android 10 to the Mate 20 and Mate 20 Pro, with more in Canada reporting that the OTA is finally arriving on their units.

Folks in the UK using the P30 Pro are also receiving the new update to Android 10.

Folks using the Mate 20 Pro in America are now reporting that EMUI 10 based on Android 10 is up for grabs. Apparently, it seems the OS hasn’t hit the North American channel, but folks in Mexico (C212) are now receiving it, so the wait up north shouldn’t be long.

The U.S. firmware has custom version number C567 while the C605 mentioned in the screengrab above is for Colombia. Granted, folks in North America are likely to wait a little longer for this same update. 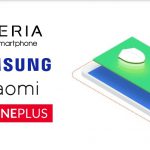 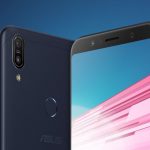