Various devices have started receiving the Android 10 update. Devices including the Honor 8X, Honor 10 Lite, and the Honor 20i have jumped to the Android 10 bandwagon. Along the same lines, OEMs are also releasing the beta updates for Android 10.

As is usually the case, users who voluntarily enroll as the beta testers are the first ones to get their hands on this update. Upon getting feedback from these testers, manufacturers optimize the software and fix any bugs before making it available for the wider audience.

So it seems evident now that the beta recruitment process is just around the corner. Well, that’s not all. The Honor 20 Youth Edition has also started receiving the January Security patch update.

Though the update seems to be a little late in rolling out, it does bring multiple goodies along with itself. These include the optimization of the camera’s photo effects and improvements to the device’s touch screen. Apart from that, the update also improves the device stability.

This January patch for the Honor 20 Youth Edition comes with the 9.1.1.151 update version. Here is the complete changelog for the same (translated from Chinese):

So these were the latest developments surrounding the Honor Youth Edition EMUI 10 (Android 10). Enjoy the updates! 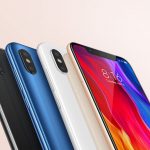 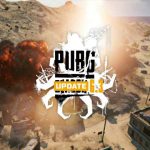