Asus ZenFone 6 (Asus 6z) was released in May 2019 with Android 9.0-based ZenUI 6. The $499 handset is powered by Snapdragon 855 chipset and features a 6.4-inch screen. One of the best things about the phone was its flip camera setup to avoid the notch and the 5,000mAh battery.

Since the release of the device, several users have raised the same issue with Asus expressing their disappointment over unable to play videos in HD. In September last year, a forum admin confirmed that the company is working on a fix.

Though the admin assured of a fix at the time, he gave no timeline over when it would be resolved. In the meantime, users continued to raise the issue with the company. Now, it seems, the company has finally listened to the users and issued a fix.

FHD streaming for Amazon has been enabled for some time, with the collective efforts of ASUS and Amazon. For US users, this should also work as of now

A point to note here is that the moderator says the support has been “enabled for some time.” This could mean the change may revert back in the future.

Something similar was seen with ZenFone 5Z, which also lacked support for HD streaming on Netflix and Amazon Prime. Asus reportedly rolled an update to enable HD streaming on the ZenFone 5Z. However, users started raising the issue again after receiving the Android 10 update.

Hopefully, Asus would issue a software update to fix the bug for ZenFone 5Z users. And for ZenFone 6 users, we hope the Amazon Prime Full HD streaming support remains forever. 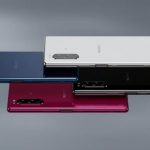