As tradition dictates, every first Monday of the month is the day Google releases a new Android security update for its Pixel phones.

The story was true for the latest March 2020 security patch, which arrived earlier this week for various Pixel devices except for the first-generation duo. These two are no longer receiving software support from the big G, but at least they got updated to Android 10.

Moving on, the latest March update has a lot to offer, but at the same time, it also got some issues. Soon after the update went live, Google published the OTA images on its developer website.

This way, you don’t have to wait for the actual OTA update to arrive, instead, you can grab the package from the website and install it manually on your device. But for some reason, the search giant pulled AT&T’s Pixel 4 and Pixel 4 XL firmware.

Those who had already sideloaded the OTA package on their AT&T Pixel 4 units started experiencing issues related to certification of the firmware, notably the inability to use Google Pay and other similar services.

Google has since responded by saying the AT&T firmware was released by mistake. It shouldn’t have gone live with the rest, probably because it hadn’t been approved for rollout, but it did anyway. It should be back in a few days’ time, though. 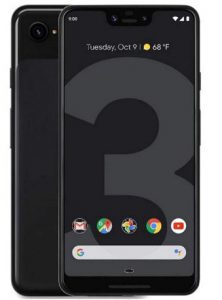 Apparently, the Pixel 3 March update will arrive on T-Mobile on March 6. Someone on Reddit attempted to explain why there is this delay in releasing the new software update for the devices and here’s what they said:

Since Google’s are every month the carriers get less time to change things. For Version and some others, their network uses standard network protocols, but T-Mobile uses a proprietary network protocol(not obvious reason why) so they need more time. Since Fi uses T-Mobile, if T-Mobile has an issue, then Fi also get’s delayed.
Source

While there is some sense in there, you would think all Pixel phones sold through T-Mobile should be affected, but no, only the Pixel 3 and Pixel 3 XL are affected. Maybe it has something to do with the Snapdragon 845 chipset? At this point, no one actually knows.

The story is also true for the Pixel 3a and Pixel 3a XL but on France’s Bouygues Telecom. Like the Pixel 3, Google doesn’t explain why these variants of the duo are missing out on the March update. But we hope the matter will be addressed sooner than later. 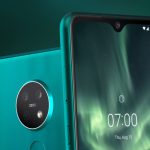 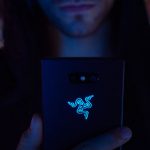