Still, there is light at the end of the tunnel for some devices released last year running Android 9 Pie, among them the Vivo V17 and Vivo V17 Pro. Unveiled powered by the Snapdragon 675 SoC, the two are mostly identical apart from (mainly) the cameras and battery capacity.

Both have Funtouch OS 9.x on board and going by the latest developments, at least the Vivo V17 Pro Android 10 update seems confirmed. According to Vivo India, the update is, in fact, already in the works, but there is no definite release date.

vivo India understands your excitement for the Android 10. Our Research and Development team is already working on it…

The latest Vivo V17 Pro Android 10 update developments are showing up not long after the company revealed that the coronavirus situation back at home could negatively affect the initial Funtouch OS 10 rollout plans.

The delay in China means the OS will also delay rolling out in other markets as well, India among them. Even so, it’s good to learn that the Vivo V17 Pro is among the devices whose Android 10 update is already under development.

Now we wait for the official rollout, something we will be keen to update you as and when we have the news with us. Stay tuned to PiunikaWeb for more related stories.

The Android 10 update for the Vivo V17 Pro has allegedly been released, according to a reader’s sources from the Vivo R&D team. Head here for further coverage. 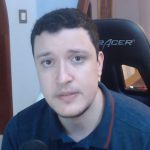