The update brings in the January 2020 security patchset for the Moto Z4 and is purely incremental in nature. Moreover, with this update, the Android 10 update seems highly unlikely anytime soon.

In the camera department, it comes with a single 48 MP shooter at the back, while in the front you get a 25 MP selfie camera. The Moto Z4 also supports fast charging at 15W.

Now talking about the update, it comes with the version number PDFS29.105-74-10. Below is the official changelog and the screenshot of the update as well:

[Changelog]
– This software update improves the security of your Moto Z4.

However, when we checked the official Verizon update tracker, it is yet to be updated with the latest update for the Moto Z4.

Notably, the updates are being pushed via OTA in batches and will take some time in hitting all the units. However, users can manually check for the update notification by heading to Settings >>About phone>>System updates.

It is unclear, whether the claim made by the XDA member is legit or not as there is no user report as such. We will keep you in the loop once we have more information in this regard.

In the meantime do check out our dedicated Motorola section to read more similar stories surrounding Motorola smartphones.

Finally, Verizon has pushed the Android 10 update for the Moto Z4. Read the complete story here. 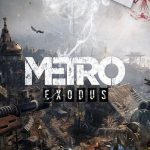