Many Samsung Galaxy S9 and Galaxy S9+ owners in North America are still waiting on their update to One UI 2.0 based on Android 10 OS.

Matter of fact, there are still several regions across the globe that haven’t seen the Galaxy S9 Android 10 update several weeks after the OS started rolling out. This isn’t unusual, though, especially with major Android OS upgrades.

For the lucky ones who picked up the OS already, you must be aware that it comes with January 2020 security patches. This, however, ends today as the device is now receiving February security update as build DTAD.

The OTA file weighs in at a little over 100MB and besides the updated security patch, you should get a bunch of optimizations and bug fixes as well. In full, the incoming S9 February security update has software version G960FXXS7DTAD while the S9+ gets version G965FXXS7DTAD.

Also on the receiving end of the latest February security update are the Galaxy S8 and S8+, Galaxy Note 8 and the Galaxy A9 2018.

Where the S8 duo is receiving the software update as version G95xFXXS7DTA6, the Galaxy Note 8 is getting it as version N950FXXS9DTA1 in Europe and version N950USQS7DTA4 on T-Mobile and Sprint variants in the U.S.

As for the Galaxy A9 2018, the same update is arriving as software version A920FXXS3BTB6. According to the changelog, the BTB6 build also brings device stability improvements, bug fixes, as well as the usual improvements to performance.

The A9 2018 update has so far been spotted in multiple South American countries like Brazil, Argentina, Mexico, Colombia, and Ecuador, among others.

It’s worth noting that all updates in question are arriving over the air, meaning some units will receive the OTA ahead of others. Stay calm as you wait for your turn. While at it, you may as well check for the software update manually via the Settings menu. 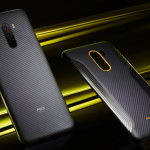