Koyoharu Gotoge’s Demon Slayer: Kimetsu no Yaiba is on a roll right now. After winning awards left and right since the end of 2019, this anime and manga continue to grow in the hearts of many. Just recently, a Demon Slayer Orchestral Concert was announced.

This is another milestone for Demon Slayer: Kimetsu no Yaiba. The anime series adaptation only lasted two seasons for now. With a movie about its third arc on the way, this orchestral concert will be the perfect preparation.

The first orchestra concert to be held for the first time in the TV anime “Demon Slayer”!
A special event where you can enjoy the music in the play that colored this work in a live orchestral live performance along with animated images projected on the screen.
Starting with the Tokyo performance on May 5 (Tuesday / holiday), the event will be held in seven cities nationwide: Hiroshima, Osaka, Sapporo, Sendai, Fukuoka, and Nagoya.

Furthermore, the website also posted specific schedules for the orchestral concern in each announced city in Japan:

Ticket sales will be announced soon.

Demon Slayer: Kimetsu no Yaiba manga almost outsold the remaining number one manga, One Piece in 2019. However, Demon Slayer ranked number one on the Chinese anime streaming platform, bilibili in the same year.

Aside from this, Demon Slayer volume 19 took the number one spot Oricon’s weekly sales chart. The volume sold over 1.3 million copies in its first week. The manga also monopolized the top ten spot with Volume 11, 10, 9, 2, 1, 14, 3, 12, and 13 taking the 2nd to the tenth spot respectively.

The Demon Slayer anime also won the anime of the year award from the Crunchyroll 2020 Anime Awards held on February 15, 2020. Furthermore, the anime received a total of 9 nominations and 3 wins including Tanjiro Kamado as Best Boy, and Tanjiro & Nezuko vs. Rui for the best fight scene.

Also, it was announced early what award Demon Slayer will be receiving on the upcoming Tokyo Anime Awards Festival 2020 to be held on March 13. Demon Slayer: Kimetsu no Yaiba will be winning Grand Prix Anime of the Year Award on the television side, along with Weathering with You on the film side. 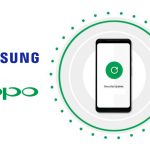 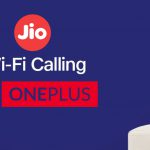