Demon Slayer volume 19 has proven its worth again by taking the number one spot in Oricon’s weekly sales chart. The volume was released on February 4, 2020, in Japan and sold over 1.3 million copies in its first week.

The ranking period was from February 3-9, 2020. The charts are compiled from data drawn from some 39,700 retail outlets (as of April 2011). They provide sales rankings of music CDs, DVDs, electronic games, manga, and other entertainment products.

Demon Slayer is a dark fantasy manga created by Koyoharu Gotoge. It depicts the battle between Demon Slayer Corps and demons in a world where human-eating demons live. The popularity has soared in the wake of its TV animation adaptation in 2019.

With its increasing popularity and demand, a movie version of Demon Slayer’s second arc, Mugen Train has been decided to be released this year.

Aside from the success of the manga, the anime adaptation of the Demon Slayer manga also garnered its own honors. In 2019, Demon Slayer ranked number one as the most viewed anime in the Chinese online streaming platform, bilibili. 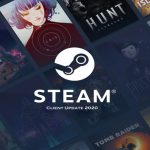