If your Facebook messenger is down, log in to Facebook on your PC (or use the browser on mobile) and then like something. You should then get a prompt for a captcha
Complete that and your messenger will be up and running again!

(This doesn't work on the FB app!)

Facebook Messenger is down. What will the world do?!

So apparently Facebook Messenger is down…and people have been freaking out.

Did you know that your phone can ALSO make phone calls to contact people? pic.twitter.com/03MNzbAtXn

So facebook messenger is down in case anyone was wondering…

#Facebook #Messenger just went down. You can't reply to messages; it looks like they blocked you even though they didn't. 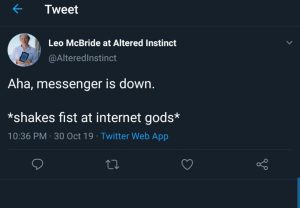 Map of the affected region via Downdetector 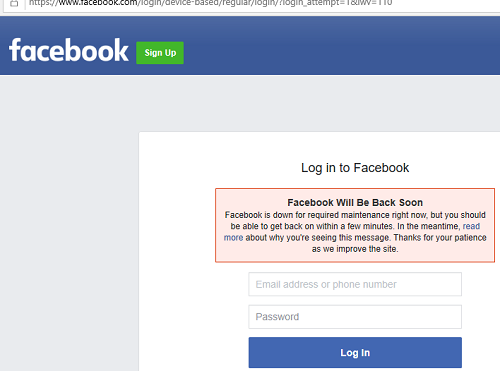