Samsung has greatly improved its software support over the recent past. The timeliness of monthly security updates is now better than Google and more Galaxy devices are now receiving at least two major OS upgrades, including entry-level devices.

The latest OS rolling out brings the company’s new skin – One UI 2.0 – based on Android 10. With the new iteration, Google finally baked a system-wide Dark mode into the OS, allowing users to turn every aspect of the UI into blacks and dark colors at the flip of a switch.

Previously, Android Oreo would only have your wallpaper’s color palette take over while Android Pie added a toggle in the quick settings to switch between dark and light themes. With Android 10, things have changed, but not necessarily for the better. This is especially true for owners of the premium Samsung Galaxy Note 10+ Star Wars Edition. Following the recent update to Android 10, the device seems to be experiencing a myriad of issues related to the system-wide Dark mode feature.

We already pointed out the issue where the impressive hexagon-shaped icons on Android Pie suddenly switch back to the default shape when Dark mode is enabled in Android 10.

Apparently, more issues are popping up, including Kylo Ren start-up video not working, incoming call interface being white instead of black, and basically a buggy Dark Side RC theme, among others.

Night mode just needs to be fixed for the Star Wars Special Edition. I think creating an update that would allow for a functional Night mode in these special edition models is not asking for too much considering how much we’ve paid for these devices.
Source

Activating Dark Mode in the pull-down menu disables certain aspects of the starwars theme which came with the phone. (Icons in pulldown menu turn blue instead of red, and other apps are no longer styled such as messages, phone, and settings). This is frustrating because I can no longer enable dark mode and keep the theme intact. Dark mode was previously embedded seamlessly into the theme.
Source

Someone is pissed off that these issues are affecting their $1,400 smartphone and they are right to be mad!

Interestingly, Samsung recently pushed a firmware that updated the Dark Side theme, but it seems no fix for the Dark mode issues were included. Perhaps the next update will address the issue, but no guarantees here.

There are probably more issues that owners of the Galaxy Note 10+ Star Wars Edition are facing after the update to Android 10 that are not necessarily related to the Dark mode feature. Feel free to let us know about them in your comments below. 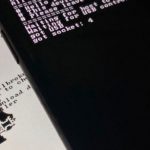