That’s a pretty huge name for what is equally a massive handset, coming in with a unique black and red color scheme, the latter also highlighting the S Pen while the former dominating most parts of the device itself.

The Galaxy Note 10+ Star Wars Edition is packed to the brim with premium hardware themed around Kylo Ren and interesting Star Wars-inspired software tweaks such as wallpapers, sounds, animations, and more.

Out of the box, the special edition Note 10+ runs Android Pie as the base OS. And like other Note 10 devices, the device has already received its stable One UI 2.0 update based on Android 10.

But it is now emerging that after receiving the update to Android 10, the Galaxy Note 10+ Star Wars Edition is experiencing an annoying issue where parts of the Star Wars-inspired theme have been changed and even some icons deleted. This happens when the Dark Mode is enabled.

Hey so not sure where to post this, I @ the samsung help twitter account and they told me to come here but with the Android 10 update a small part of my theme, the icons, were changed and were deleted. I’ve attached two photos showing the now grey folder bubbles vs the hexagonal black themed icon bubbles that are now no where to be found.
Source

Several other affected owners of the Note 10+ Star Wars Edition have aired their dissatisfaction, forcing a Samsung representative to come and acknowledge the issue, further confirming that the company is now looking into the matter.

It’s unknown when Samsung will address the issue on the Galaxy Note 10+ Star Wars Edition, but at least we know the matter is now under investigation. Perhaps the next security update will address the matter, so watch out for it.

We will also keep an eye on the story and update this article as and when we get the latest news. Meanwhile, stay tuned to our Samsung section for more related stories. 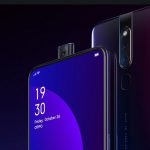