There is a whole lot out there who prefer regular security updates to major Android OS upgrades. More often than not, the latter comes with lots of new UI changes and features that suddenly need getting used to.

This sudden change of how day-to-day things work on one version of Android to the other isn’t what some want, especially after spending months getting used to the pre-installed version.

While Google provides monthly security updates for all Android vendors to push to their respective devices, not every device gets these updates every month. Some receive quarterly updates while others receive irregular updates.

The former camp is set to gain two more members from Samsung – the Galaxy S10 Lite and Galaxy Note 10 Lite. These two arrived not long ago as understudies to their superior S10 and Note 10 counterparts and going forward, they will receive monthly security updates as well.

Following their launch at the CES 2020 in January, Samsung didn’t waste time to treat the Galaxy S10 Lite and Note 10 Lite to their first firmware updates and now the Korean company has confirmed the two will receive similar updates on a monthly basis.

Speaking of, the Galaxy A50 also receives monthly security updates and as I write this, the device has joined the Galaxy Tab S3, Galaxy Note 10+ and Galaxy Note 9 in receiving the latest February 2020 security patch.

The new software update is available across multiple European markets, which is where model SM-A505FN is sold. Still, it’s based on Android Pie, with the update to Android 10 not expected until May 2020.

For those still rocking the Galaxy A8 from 2018, there is also a new software update for your unit. Similar to the A50, it brings the latest February security patches as software version A530FXXSACTB2 and is available in Europe as well.

Being OTA updates, it will take a few days before every Galaxy A50 and A8 2018 unit in Europe receives the OTA download notification. More regions are also expected to pick up this update in the coming days. 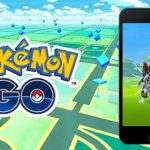