Samsung is continuing with the pace it ended the previous year with. There is actually a lot on Samsung’s plate, especially in the coming 3-4 months.

The Korean OEM has to come out with new devices, i.e. Galaxy S20 series, Galaxy Fold 2 smartphone, push out latest security updates and upgrade its devices to Android 10 with One UI 2.0.

Samsung officially announced both the Galaxy S10 Lite and Note 10 Lite in an official announcement which you can check out below:

Giving more access to signature Galaxy innovations including the latest camera features, S Pen, and other key tools for self-expression and productivity

Both the devices were unveiled at the CES 2020 that took place on January 7, 2020, at Las Vegas Convention Center. And if you have already grabbed any of these power-houses then, you are in for a treat as Samsung has pushed the first software updates for both the devices.

Reportedly the updates are arriving with the build ASLF for the Galaxy S10 Lite (SM-G770F) while the update for Galaxy Note 10 Lite (SM-N770F) comes with build ASLJ.

The updates are based on the latest Android 10 but we are not sure as to what these updates bring in for the devices. However, we were able to grab the update via the Frija tool.

If you have not yet received the update notification on your Galaxy S10 Lite or Note 10 Lite then, you can head to Settings>>About Device>>Software Update>>Download and Install for manual checking. 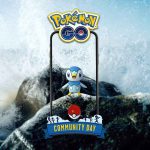