In a recent development, Sony has started pushing the Android 9 Pie update for multiple 2018-19 Bravia TV models. The update is currently arriving for the users in Europe.

Back in December 2019, we reported that Sony has started rolling out the Android 9 Pie updates for various 2018 and 2019 smart TV models. Matter of fact, recently two new Bravia TVs i.e. A9F and Z9F got the Android Pie updates in America.

The update arrives with the version number V6.3598 and weighs in around 1.2 GB in size. You can check out the official changelog of this new update below:

Advantages and improvements
The following new features, menus, and user interface changes will be introduced after upgrading to Android ™ 9 Pie:

– Apple AirPlay / HomeKit * support
– Integrated Dolby Atmos support through the TV speakers
– Revised quick settings and optimized settings menus
– Use the cable / satellite box with the supplied remote control (note: only France, Poland, Italy and Spain)
– Restart menu was added: Enter the restart menu on the TV screen by pressing and holding the power button on the TV remote for a few seconds.
– The menu for inputs can now be personalized
– Open a small preview screen to continue watching TV while you access the program guide
– The lighting LED now shows that the “OK Google” detection on the integrated microphone is active when the television is switched on or in standby mode: (Except XG85 / XG87)
– Pass-through mode was added: Pass-through mode can output compressed sound to audio systems and sound bars
– The Preferred Satellite option now shows the names of the providers
– The following functions or problems will also be improved or corrected after the update:
– Improves the user experience when using the Google Assistant
– Improves the stability and performance of the TV
– Resolves issues when playing Netflix Ultra High Definition (UHD) 4K or Dolby Vision when connecting A2DP Bluetooth     headphones
– Addresses audio issues when playing certain audio formats through ARC and improves overall compatibility with certain ARC devices

Limitations
– For TV sets sold in Europe only. Not all models are sold in all countries.

The update will be arriving via OTA in batches. However, you can go ahead and download the update package file from the below section and upgrade right away:

You can follow the official video below on how to upgrade your Sony Bravia TV. 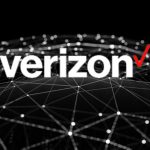 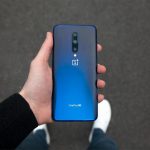