A Xiaomi support recently took many by surprise by claiming the Mi A2 Lite Android 10 update wasn’t in the company’s plans.

Being an Android One device, the Mi A2 Lite is entitled to at least two OS upgrades. It came preinstalled with Android Oreo and has since been upgraded to Android Pie. By all means, it deserves an update to Android 10.

This, of course, has left many Mi A2 Lite owners wondering what exactly the Android One program stands for, prompting others to further ask for clarification on the matter from Xiaomi support.

Apparently, another Xiaomi support now says the update to Android 10 is indeed coming to the Mi A2 Lite, which is actually what every owner of the device expects.

On the other hand, Xiaomi UK support says the beta version is already out there. Select Mi A2 Lite owners reportedly have access to Android 10 beta, with the stable version expected to roll out once the bugs in the beta are addressed.

How long this will take remains to be seen, but amid all these uncertainties, exasperated Mi A2 Lite owners have decided to take matters into their own hands by signing a Change.org petition aimed at forcing Xiaomi to deliver the update to Android 10 as promised.

As of this writing, the petition has attracted hundreds of signatures and more are expected to keep flocking the website. If interested, you can check it out here.

The stable Android 10 update is now rolling out to select Mi A2 Lite users ahead of the wider rollout. See the full details here.

Not long after rolling out, many Mi A2 Lite owners are now reporting that Android 10 has rendered their devices unusable. See the full details here.

Xiaomi has pulled the Mi A2 Lite update to Android 10 after overwhelming reports of bootlooping units that left the devices unusable. But there is an official workaround. See the full story here. 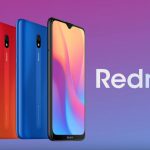 Redmi 8A running Android 10 appears on Geekbench, update around the corner? 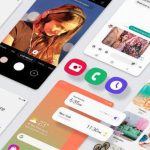