Huawei Health app error when checking for updates emerges, Honor Band 5i to get SpO2 tracking in February Earlier this month, Huawei rolled out a software update to the Huawei Health app to address an issue with data syncing.

For some reason, owners of various Huawei wearables, including the latest Honor Band 5, reported that the devices indeed show their sleep data, but the data wouldn’t sync to the Huawei Health app.

At the time, it was determined that this had nothing to do with the wearables themselves but the Huawei Health app, the culprit. Subsequently, Huawei pushed an OTA update with bug fixes specifically addressed to the syncing issue, but it seems this update introduced another bug. Apparently, multiple users of the Huawei Health app say the app now returns an error message when one tries to check for the latest updates manually. This wasn’t happening before the most recent update, which points to the new update as the root cause.

Latest update of Huawei Health displays this error when trying to check for update for Huawei Watch GT2.
Source

It seems the issue is stemming from a connection problem between the Health App and the corresponding servers. Although someone in the Honor forums suggested uninstalling the app and then re-installing it to fix the issue, a Redditor now claims the issue might have been addressed from the server-side.

Honor Band 5i to gain SpO2 monitor in February

Shortly after confirming the Honor Band 5 would be updated to support SpO2 monitoring of blood oxygen, the feature was made available for the device in late September 2019.

Apparently, Honor has promised to bring this same feature to the Honor Band 5i in February 2020.

This update will be released by mid of February and we are expecting to complete the same by end of February.

We will keep an eye on the developments and update you when the feature begins rolling out. 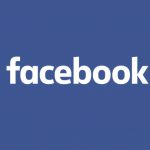 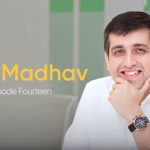