Less than two months following its launch in India, a massive Honor Band 5 update is being lined up by the company for the Indian users of the fitness tracking wearable.

This has just been confirmed by an official post made by the company in the Honor Club forums.

In the new update that will be available for select users of the Honor Band 5, the company talks up one of the major highlights of the wearable when it first arrived back in July 2019 alongside the Honor 9X and Honor 9X Pro – SpO2 sensor for detecting blood oxygen saturation.

The Honor Band 5 packs a 0.95-inch OLED screen with a resolution of 120 x 240 pixels. Like its predecessor, you also get an optical heart rate monitor (albeit an improved version) as well as the aforementioned SpO2 sensor meant to measure blood oxygen saturation.

If you are an adventurous type, this should be a cool addition to your health-monitoring package. However, one little let-down was that at launch, the SpO2 sensor wasn’t enabled out of the box.

On the good side, this ends next Tuesday, at least for 25 lucky owners of the Band 5 in India. This will be a beta version of the feature for testing purposes ahead of the full rollout probably in October or thereabout.

We know you are eager to get the SpO2 monitoring function on your HONOR Band 5, then HERE WE ARE! We have the beta update installation package with the SpO2 monitor for your first-hand experience. But the quota of this beta recruitment is limited. There will be 25 lucky fans will get this chance!
Source

The beta recruitment program is ongoing until September 24, so be sure to submit your interest before this day to stand a chance of getting the new Honor Band 5 update with the blood oxygen detection feature on board.

To submit your interest, Honor says you need to share the serial number and MAC code of your Band 5 in the comments section of this post alongside the reason why you want SpO2 monitoring function on your brand new fitness tracker.

To check for the serial number and MAC code of your Band 5, go to More > System > About and you should see “SN” and “MAC” respectively. Honor will announce those who qualified to take part in the beta testing program on September 25.

The winner will be announced on 25th Sept. We will contact the tester to collect the SN code and Mac code of HONOR Band 5 for package pushing. So don’t forget to check your message box on 25th Sept.

So, are you going to try out the new SpO2 function in beta or you’ll sit back and wait for the stable Honor Band 5 update that enables the feature for all users? Let us know in your comments below. 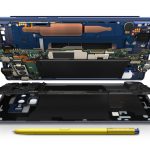 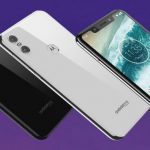