After a brilliant last year, Realme has quite a lot of things in its store for users across the globe. And recently, Realme Buds Air Neo which was teased alongside Realme UI has bagged the NCC clearance and a new set of images have also been leaked about the same. You can check out the other images shared by the leakster on Twitter showcasing Realme Buds Air Neo in its full glory, below:

Keeping in mind the previous Realme buds, they were launched in December and did not come with active noise cancellation which is expected to come with the Buds Air Neo.

Moreover, it is also expected that the Realme Buds Air Neo might come with Dual Earphone feature that sends out different audio to wired and wireless headphones which is in development by Realme.

In another development, Realme 6i has been listed on the NBTC certification with model number RMX2040. Note that recently, we have reported Realme 6i bagged the IMDA Singapore, EEC & BIS certifications before launch.

And it seems that Realme 6i is busy covering all its bases before the big launch which is expected anywhere in the Q1 of 2020. There is not many details apart from the model number listed in the NBTC certification.

Besides, we can expect the device to come with Realme UI (Android 10), a quad camera setup along with a 5,000 mAh battery considering its predecessor Realme 5i also had the same battery under the hood.

For more details about the device, we need to wait and watch any further developments in this regard. In the meantime, we will keep you in the loop until something concrete shows up. 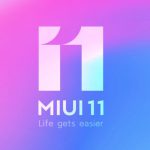