Xiaomi’s Mi A1 was launched back in September 2017 and was the first Xiaomi device to run on Android One. Android One is a near-stock version of the Android operating system released and maintained by Google on various hardware.

The biggest advantage of this software over MIUI or any other skinned version of Android for that matter is the size of the software. This means Android One will run more efficiently compared to MIUI on the same hardware while being clean and easy to use.

Through the device’s life, it has received regular security patches and feature updates. Most recently we have seen the device get updated to the December security patch level. Xiaomi is now rolling out the January patch.

This is an OTA update and as such, it will be rolled out in phases. However, if you are not patient enough, you can install it on your device using the download link below.

The Mi A1 was launched while running Android 7.1.2 back in 2017. The device has since been updated a couple of times and as of now, it runs on Android 9.0. It remains unclear whether the device will get updated to Android 10. The device has already received two major OS updates: Oreo and Pie. That is as far as the Android One program dictates.

We will keep an eye out on the eligibility and any plans to upgrade this device to Android 10. To stay upto date, check out our dedicated Xiaomi section here. 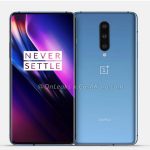