The Chinese smartphone giant, Xiaomi is yet to come up with new smartphones for the year. However, one smartphone that has been rumored for quite some time is the Xiaomi Mi 10 and 10 Pro devices.

Several leaks and rumors have surfaced the internet. In fact, some time ago, we have reported that the Xiaomi Mi 10 grabbed the EEC (European Economic Commission) Certification meaning it could arrive in Europe anytime soon.

And in a recent development, a leaked poster has revealed the information regarding the release date of the much-awaited Xiaomi Mi 10 and 10 Pro in the home country.

According to the poster, both the devices will be unveiled on 11 February at an event in Beijing, China. What is more interesting that Samsung will also host its ‘Unpacked’ event on the same date where we will get to see the Galaxy S20 (S11) and also the Galaxy Fold 2, hopefully! In fact, the poster also reveals quite a few other things about the Mi 10 and 10 Pro. Notably, there is the batch that the device will indeed come with the Qualcomm Snapdragon 865 processor and the design also looks familiar to the Mi Mix Alpha.

It also showcases that the device might come in two colors i.e. is black and white. The camera department looks a bit busy as it houses a quadruple lens setup with a 108 MP primary lens.

Moreover, the device also has the volume rocker and the power button on the right side of the phone.  Make note that the authenticity of this poster is not yet confirmed.

Besides, according to other leaks and rumors, the Mi 10 is expected to sport a 90Hz refresh rate display while the Mi 10 Pro could sport a 120Hz display. Mi 10 could come with a 4,800 mAh battery under the hood. It might also support fast charging up to 30W.

All information mentioned above is based on several leaks and rumors. We cannot confirm anything until something concrete and official comes up. Till then we will keep you in the loop in this regard.

Let us know in the comments below what are your thoughts about the new device and are you excited about it or not.

The poster which confirmed the details is reportedly fan-made.

#Xiaomi #Mi10 #xiaomimi10 #XiaomiMiX #5G
Nice poster!
The date is possible, and I like this design which is similar to #mimixalpha, but it’s only fan made. 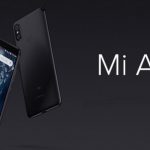 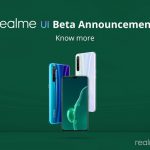