As we head into a new year, smartphone brands with their new smartphones and products get ready for unveiling them at various events. Not too far behind is the Chinese smartphone manufacturer, Xiaomi.

The phone that we are talking about is Mi 10 which has been surfacing the internet for quite a while. In fact, Xiaomi has some plans to get ahead of Samsung and bring the Mi 10 even before Samsung’s Galaxy S20.

And in a recent development, things seem to be headed that way as according to a tipster on Twitter, Xiaomi Mi 10 has cleared the EEC (European Economic Commission) certification and is expected to arrive in Europe any time soon.

Moreover, looking at the image above, the model number of the product goes in line with the existing models of Mi 8 and Mi 9. For your reference, we have tried explained this scenario in a more simple way:

And now, M2001zzz, which clearly means that the device is indeed the Xiaomi Mi 10. In fact, a few days ago, a concept image of Mi 10 surfaced Twitter, which shows the device in its full glory.

In fact, according to a report, a poster of Xiaomi Mi 10 surfacing the internet turned out to be fake. This was also confirmed by Xiaomi’s product director Wang Teng in a Weibo post stating that the product in the poster is nowhere near to the actual smartphone.

For now, all we can do is wait for something official or concrete to come up about the Mi 10. Let us know in the comments below what are your thoughts about the new device and are you excited about it or not. 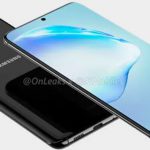