Huawei P30 Pro owners in parts of Europe received an EMUI 9.1 software update earlier this month preparing the device for the arrival of EMUI 10 based on Android 10.

The update came in bearing firmware version EMUI 9.1.0.240 and tagged along with a newer October security patch. Slightly over a week later, the stable EMUI 10 update indeed started rolling out to the P30 Pro and its standard counterpart in Europe.

The initial rollout was limited to a few units as the company monitored the performance for early adopters, but as I write this, the EMUI 10 update is now available for multiple devices across Europe via the HiCare app.

While this is happening, Huawei P30 Pro owners in the UK have just started receiving the same update that hit other P30 and P30 Pro units across Europe in early November arriving as EMUI 9.1.0.240.

This is the update that brought the October security patch and subsequently prepared the device to receive EMUI 10. Granted, we are looking at a similar scenario for UK users of the P30 Pro.

We can’t really say much about how long it will take before the P30 Pro EMUI 10 update arrives in the UK, but the newly released October security patch is definitely here to make way for the arrival of Android 10.

If you can’t wait, someone on XDA Developers has found a workaround of forcing the EMUI 10 update on your P30 Pro handset, but only after installing the latest EMUI 9.1 update. First, you’ll need to download the new EMUI 10 firmware via any of the links below:

Once you have the file above, follow the steps below to force-install EMUI 10 update on your Huawei P30 Pro.

1. Backup your stuff if you didn’t done yet
2. Reset your device and after that power it off
3. Insert your OTG+pendrive with the correct firmware on it (download folder with all 3 zips inside)
4. On EMUI 9.1 enter recovery by simultaneously pressing POWER + VOLUM UP + VOLUM DOWN until you see a white screen with EMUI recovery mode. Then release buttons and let the recovery start/end the flashing procedure.
5. On EMUI 10 enter recovery by pressing Power+Volume UP and keep them pressed until you see Huawei on screen. Release the Power button and keep pressing Volume UP until you are in the recovery menu, then release button. When in menu, select Update mode, then select Memory card/OTG update mode and it should start the update.
Source

It took a little over a week between the release of the October security update and EMUI 10 update for the P30 Pro in other European markets.

Granted, it should take about the same time before the Android 10-based OTA update hits the UK units, so there is really no need for the above hassles unless you can’t live without EMUI 10 at the moment.

In fact, Huawei UK has revealed that EMUI 10 is not yet available for the Mate 20 Pro, a device that is already receiving the update in other European markets. The Mate 20 Pro should also receive its Android 10 update alongside the P30 Pro.

Good news! According to Huawei UK, the official EMUI 10 update should land on P30 series during February 2020.

Although promised to arrive in February, Huawei P30 and P30 Pro are now receiving the stable EMUI 10 update based on Android 10 in the UK via O2.

NOTE: We have more Huawei and Android 10-related coverage here and here. 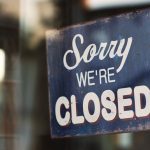