One of the biggest perks of owning a modern smartphone is the prospect that the device is bound to get better and more secure over time with regular software updates.

With current flagships, that’s up to 4 years of constantly evolving with each new build. Unfortunately, things don’t always go well with these OTA updates.

This is the situation that users of the OnePlus 8 and OnePlus 8 Pro are finding themselves in. See, their devices are among the very few that currently run OnePlus’ Android 11 custom skin, OxygenOS 11.

However, following a recent OxygenOS 11 update, build 11.0.2.2, users of the OnePlus 8 series of devices have been facing a rather annoying issue surrounding the device’s auto-rotation feature.

According to affected users (1,2,3,4,5), the device’s display gets stuck in landscape mode and won’t go back to portrait, even with the correct orientation and the auto-rotate feature enabled.

While Playing YouTube or any websites videos even auto rotation is locked it doesn’t come to potrait it still plays on wide screen.
Source

While most of the users report that this happens while using the YouTube app, there are a few who say it happens with other online video platforms, including Amazon Prime and Discovery+
too.

Same here! Not specific with YouTube though! I’ve seen the same with Prime and Discovery+ as well!
Source

Also worth noting is that this is not an entirely new issue for OnePlus devices. Scroll through the forums and you’ll come across old reports from users of OnePlus 7 and OnePlus 6 devices.

At the time of writing, it is unclear why this OnePlus 8 auto-rotate issue is happening and since the update only rolled out yesterday, it could be another few days before users get communication on the same.

To recall, the OxygenOS 11.0.2.2 brought with it bug fixes to some of the issues we had highlighted earlier including the inability of OnePlus 8 devices to download some games/apps weighing 100MB and above, excessive battery drains, and parallel apps.

It is a shame that such a problem-solving update had to introduce yet another issue to the OnePlus 8 devices.

Stay tuned to PiunikaWeb to be the first to know when this OnePlus 8 auto-rotate issue is addressed or when a workaround surfaces.

05:00 pm (IST): Responding to a user’s complaint regarding the auto-rotate issue on the OnePlus 8 series, a staff member on the company’s community forum has confirmed that the developers have fixed the issue and it will be available via upcoming builds.

This issue has reportedly been fixed and affected users have taken to the community forums to exude their relief on this bug being addressed.

It’s like having a toothache. You don’t ever think about how good you’ve had it until something like that comes along.
Source 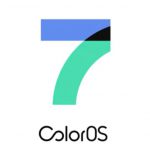