OnePlus was among the first OEMs to roll out an Android 11-based custom skin to eligible devices as the OnePlus 8 series bagged the stable release mere weeks after Google’s own Pixel line.

Since then, things have been relatively quiet in the OnePlus camp as users kept complaining of bugs and issues in these OxygenOS 11 builds to the OnePlus 8 devices.

Fast forward to the present day and still, we don’t have a concrete word as to what OnePlus is planning with regards to OxygenOS 11 update to other eligible devices.

Of course, there were unofficial reports that hinted at a possible roadmap for OnePlus devices to Android 11-based OxygenOS 11 but even that didn’t hold any water.

Back in early November, we saw OnePlus wrapping up the OnePlus 7 Android 10 Public Beta program and this signified plans by the company to shift active development to Android 11.

So now what? When is OnePlus planning to roll out Android 11-based OxygenOS 11 to the OnePlus 7 and OnePlus 7T devices? Well, we have this post listing everything we know so far.

In response to users who keep asking about the status of Android 11 on their OnePlus 7 devices, a staff member goes to explain that due to the process of migrating the Open Beta channel from Android 10 to Android 11, the release of the next Open Beta update for the devices in question may delay.

We know many of you are asking about the next Open Beta build, and we want to address those concerns. As we grow near the release of the OxygenOS 11 release, our focus for the Open Beta software branch has shifted entirely to bringing you the latest flavor of Android. This means the next Open Beta build will be slightly delayed according to our maintenance schedule, but it will already be based on Android 11. We expect to have exciting news for you in the upcoming weeks, please bear with us a bit longer.

It remains unclear just how long this said delay is going to be. But even then, the staff member exudes confidence that when it finally drops, the said Open beta builds will bring OnePlus’ Android 11-based OxygenOS 11 to the OnePlus 7 and OnePlus 7T devices.

Earlier, we saw reports that the Android 11 builds were set to hit these devices sometime this month. Whether this development means the update will not arrive this month remains to be seen.

04:05 pm (IST): A OnePlus staff member has shed some light on why the company shared the details regarding the delay of the Open Beta program for the OnePlus 7/7T series.

13:55 pm (IST): Going by the latest information coming from OnePlus, as we highlighted earlier, the Android 11 update for the OnePlus 7 and 7T devices got delayed due to a data decryption issue. The company is currently running the closed beta and the open beta is expected soon.

As you may have heard, when porting Android 11 to the 7 and 7T series, we encountered a data decryption issue in these devices. We worked closely with Qualcomm and, with their support, we are already running a Closed Beta test. We expect to release the first OxygenOS 11 Open Beta for the OnePlus 7 and 7T series shortly after.

They further added that the schedule may vary for the carrier-specific variants like Verizon, T-Mobile, EE, and others.

13:10 pm (IST): A leaked video of Oneplus 7T allegedly showcasing the OxygenOS 11 Closed Beta has now surfaced. Since the staff recently confirmed that the OnePlus 7 series is currently testing the closed beta, device users may be interested in this glimpse of Android 11 on OnePlus 7T. 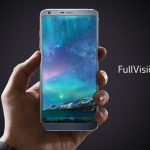