LG has to do a lot if it wants to sustain itself in this growing and competing smartphone market. Without any innovative or featureful product under their portfolio, this seems a distant dream.

But, at the recently concluded CES 2020, LG CEO Kwon Bong-seok stated that:

LG Electronics mobile business is going to be profitable by 2021. I can say we can make that happen as LG Electronics will expand our mobile lineup and steadily release new ones attached with some wow factors to woo consumers.

However, it is unsure how LG plans to do that. Besides, the brand has also not been able to be an early provider of software updates for its existing phones which is probably one of the factors of the decline of the Korean OEM.

In a surprising turn of events, when other OEMs are busy rolling out the Android 10 updates for their devices, LG has pushed in the Android 9 Pie firmware for LG G6 [H870DS] in India. 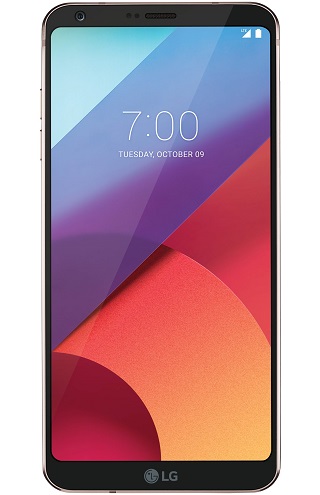 In the camera department, it sports a dual-camera setup at the back with a 5 MP selfie camera in the front. The devices also house a fingerprint reader on the back.

Cut to now, the latest update arrives with version number V30b and weighs in a massive 2.3 GB in size. The update brings in the December 2019 patchset, improvements in the home screen, and overall phone usability.

Moreover, PiunikaWeb readers should remember that the LG G6 has already got the Android Pie update in Canada, UK, and other countries back in October 2019. In fact, the US carrier AT&T has also served the device with the Pie update.

Fortunately, there are no such reports about the Android 9 Pie update for Indian variants of the LG G6. Users can check for the update by heading to Settings>>System updates>>Check for updates.

But, thanks to Mylgphones.com, you can upgrade your devices right away by downloading the Android 9 Pie firmware file for the LG G6 from below:

Next article [US, UK] BREAKING: Samsung Galaxy Note 9 picks up stable Android 10 update with One UI 2.0 (Download link inside)