Samsung Neon 'artificial human': Everything you should know about it

We have long been seeing human-like robots in sci-fi movies. And, every time we saw it, many of us (atleast I) knew that this would be a reality going forward. Now, something similar made its way to the real world at the CES 2020.

CES (Consumer Electronics Show) is the most-awaited annual tech event, where companies from all around the globe showcase their upcoming gadgets and technologies. This year was no different with over 4500 companies showcasing their latest technologies.

But, one company impressed the most with its ‘artificial human,’ called Neon. 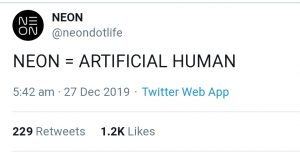 Samsung-backed Star Labs came up with this intriguing product, which it describes as ‘artificial human.’ As per the company, Neon is “visually real” and would be able to “show emotions and intelligence.” The description of the product says:

NEON, our first artificial human is here. NEON is a computationally created virtual being that looks and behaves like a real human, with the ability to show emotions and intelligence

Star Labs did not actually showcase the product, rather revealed the photos and videos showcasing the technology. Based on photos and videos, Samsung Neon appears to be an advanced chatbot that is attached to a lifelike digital avatar.

In the videos displayed at CES on giant TVs, the company showed various Neon avatars. One of the avatars was a yoga instructor, who can help you with downward-facing dog posture; another is a news anchor, who could serve you news on the basis of your interest and preferred language.

Neon is the brainchild of Pranav Mistry, Star Labs CEO.

Mistry is a tech veteran who has worked on products like Xbox and original Galaxy Gear. Star Labs is funded by Samsung, but it is not a Samsung company, rather works independently. Mistry says that Neon is not meant to replace Samsung’s digital assistant Bixby, nor it would be installed on Samsung products.

This new product is based on Core R3 tech, which is known for low latency (less than a few milliseconds) when responding to human queries. Mistry said in a tweet that the Core R3 is capable of autonomously creating expressions, dialog and movements. Further, detailing the product, the company says each avatar is computationally generated and can talk to humans while displaying intelligence and emotions. Though each avatar depicts real humans, their emotions, expressions and dialogs are independent.

Further, these avatars can be customized to perform different tasks. This means that rather than just using them as visual skins for AI assistants, they can be put to varying uses, such as yoga teacher, dance instructor, friend and more. The company said in a press release:

In the near future, one will be able to license or subscribe to a NEON as a service representative, a financial advisor, a healthcare provider, or a concierge. Over time, NEONs will work as TV anchors, spokespeople, or movie actors; or they can simply be companions and friends

According to Mistry, Neon would not just be a technical assistant, rather have human-like qualities as well. For instance, unlike the assistants, Neon avatars will get tired will need time for themselves. This is the primary reason why the company is using the term “artificial human” for their product.

If they are human, what are the limits they will have? Can they work 24 hours and answer all your questions? A Neon can get tired. Programmatically, computationally, that will make you feel ‘Okay, let me only engage in certain discussions. This is my friend

We have already seen quite a few virtual technologies, but the best so far is Siri or Alexa in different forms. It is not very clear if Star Labs have been able to create something more convincing. Also, Star Labs did not talk much about how the software works, rather it pinned all the things to Core R3.

The company, however, says that its approach is very different from deepfake or any other facial reanimation techniques. Also, we will have to consider the nefarious use of technology. Similar to deepfakes, there is always a possibility of technology, which involves the use of human faces, being used for anti-social purposes.

When Mistry was asked the same question, he said that he has considered the negative side effects of technology. He compared Neon’s technology with that of nuclear technology, which is used for generating power and mass destruction weapons as well. Mistry tells CNET:

Also, the CEO says they will put limit in hardware by encoding restrictions. However, he gave no clear answers as to what restrictions would be in place.

Nevertheless, despite creating a lot of buzz both pre and post CES, Samsung Neon still has a long way to go. Even at CES, the technology was plagued with delays and behaved a bit strange. Though the visitors were allowed to ask questions to the avatars, most of the times the answers were not up to the mark.

For laymen, the technology is still farfetched. Moreover, there is no ready product yet as the company didn’t allow any private demos at CES beyond the on-stage presentations. Mistry also admits that the technology still requires a lot of work.

Though the company plans of launching a product later this year, it hasn’t yet finalized on a business model. So, we will have to wait for some time to know exactly how the technology looks like, works and is of use to the public.

Other companies are also working on developing AI that can better interact with humans, but like Neon, they don’t have a human-like interface. A couple of years back, Google showcased Duplex technology that allows AI to make phone calls. Microsoft is also working to make Cortana more responsive. 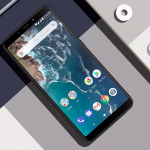