The term OnePlus was once synonyms with flagship-killer. Well, the company no more focuses on the budget-oriented and mid-range smartphone market. From the past few years, this Chinese OEM has only produced high-end flagship smartphones.

For the first time, OnePlus will showcase its upcoming smartphones and other tech-oriented products at the CES 2020. While announcing the OnePlus Special Event, the company didn’t share any information about the products that will be unveiled during this event. Many trustworthy resources suggested that OnePlus might unveil OnePlus 8 Lite and an updated variant of the OnePlus TV at this event. That said, some new rumours have hinted that OnePlus may showcase the Concept One smartphone.

The existence of this Concept One smartphone was further confirmed by a recent tweet from Pete Lau, Founder and CEO of OnePlus in which he stated that

We’ll show you something special. See you in Las Vegas 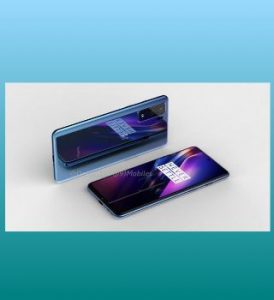 Similar to other latest generation OnePlus smartphones, we can expect the Concept One smartphone to be powered by flagship grade hardware. Furthermore, OnePlus may even offer 5G connectivity on this foldable smartphone.

As a conclusion, we can expect OnePlus to launch a mid-range smartphone, an updated OnePlus TV, true wireless earphones, and a foldable smartphone.