At some point it seemed Google Assistant would be the universal voice assistant all Android smartphone makers will turn to, but then came Samsung with Bixby.

Chinese smartphone vendors such as Huawei, Xiaomi, and OPPO also have their own digital assistants, but since their services are mostly tailored for the Chinese market, their popularity outside China is insignificant.

The video below shows off a teaser of Xiaomi’s digital assistant dubbed Xiao Ai from back in 2018.

Having successfully become a global brand, OnePlus now looks to change the narrative by taking on the Google Assistant and Samsung Bixby with its own OnePlus Voice Assistant.

By now, you probably know that OnePlus has connections with OPPO. With the latter having launched its Breeno digital assistant back in 2018 and even made it available to some of its devices in China via software updates, it seems OnePlus Voice Assistant will borrow some cues from its big brother.

Matter of fact, the new OnePlus Voice Assistant keeps the same Breeno name that launched as OPPO’s digital assistant in late 2018. But since the two are both owned by BBK Electronics, it isn’t surprising at all.

Last year, OnePlus had hinted at a possible branching into the voice assistant market and even started recruiting voice and semantic researchers in China in December 2019.

It is the latter that added more weight to this OnePlus Voice Assistant development and indeed, our hunch was right now that OnePlus is looking for owners of both OnePlus 7 and 7 Pro to try the new digital assistant.

Note that the program is available for the Chinese variants of the duo running on HydrogenOS. You must have the latest public beta 7 in order to join the OnePlus Voice Assistant beta program.

The said beta 7 is now rolling out over the air to both devices and brings the following changes:

In the official announcement post, OnePlus further notes that the voice assistant will also be made available for trial purposes on OnePlus 7T series in the near future, but doesn’t go into specifics of the release date.

For now, it seems older OnePlus devices still receiving software updates will also get the nod. But what remains unclear is if and when this OnePlus Voice Assistant will hit the global (OxygenOS) scene. Until then, though, you can grab the APK version below and try it on your OxygenOS device. 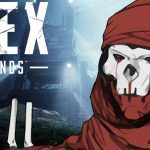