Back in September 2019, Google presented the stable version Android 10. Since then, many phone makers have been testing and pushing out their forks of this new operating system to their devices.

At the time of writing, a good number of devices from the likes of Samsung, OnePlus and Nokia have already been updated. Many others are still undergoing elaborate beta testing in readiness for stable rollouts, such as the OPPO Reno lineup.

Besides the Reno family, OPPO’s F11 and its beefier brother, the F11 Pro have been on the update list from OPPO. As such, users have been expecting a rollout of the same in due course.

Not too long ago, the Chinese OEM invited the owners of OPPO F11 & F11 Pro in India to try out the new Android 10-based ColorOS 7. Prospective testers were asked to submit their applications for a spot in the first quota of 2,000 users in the 1st batch.

First forward to today, the company (through its official Indian customer care Twitter handle) has confirmed that the first batch is completed as of now. This means that interested testers have to be patient and await second recruitment.

Even as this continues to unfold, we continue to see fresh reports of people getting updated to ColorOS 7. This has been reported by both OPPO F11 Pro and OPPO F11 users.

It remains unclear whether this is the beta version of the Android 10 build for these F11 devices, or it is the final stable build rolling out as the changelog only mentions the update is based on the new ColorOS.

Are you enlisted for the ColorOS 7 trial? Have you received such OTA updates on your OPPO F11/F11 Pro? Let us know by commenting below.

We shall keep an eye on this story and update accordingly when we get more info on the same. Check out our dedicated OPPO section to stay updated. 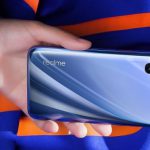 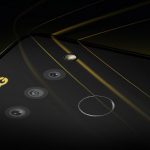