Since the official launch back in September, the market share of Android 10 increases steadily with the release of every new phone. Going into 2020, this is expected to continue growing as more and more eligible devices get updated.

Honor, for instance, has a roadmap to update a good number of its devices to Android 10 within the first quarter of 2020. However, things don’t seem to be going exactly according to plans.

This was a phased rollout and as such, only a handful of devices received the update. The OEM promised that it would roll out to other Honor 20 devices soon afterward. But what is the present day scenario?

A quick scroll through the forums and you can find Honor 20 users who are tired of waiting. The update that was supposed to have hit their devices sometime in December is yet to drop.

Honor has now come out to explain that the update has been suspended temporarily. The company further adds that the update should resume soon and that most users should start seeing the update as from the second week of February 2020.

It is not immediately clear why exactly this rollout has been suspended. However, the Honor 20 users have got a better deal compared to the owners of Huawei Nova 3.

Earlier reports indicated that Huawei was evaluating and assessing the viability of Android 10 on the Nova 3. Well, bad news to these users as it appears that the device fell short.

In a tweet response to one user’s query on timelines for Android 10 for the Nova 3, Huawei India’s official Twitter account proceeds to break the sad news.

The Kirin 970 powered device, despite being theoretically capable, apparently does not meet the minimum hardware requirements for optimal performance of Android 10.

PiunikaWeb readers might remember a similar controversy regarding the eligibility of Honor Play for EMUI 10 update. The community is still getting hopes from various official channels regarding the Android 10 update, but Huawei might abandon a worthy candidate due to planned obsolescence.

Do you own any of the above-mentioned devices? What are your thoughts on the availability of Android 10 on your phone? Tell us in the comment section. 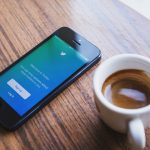 Twitter search not working or updating for some users