Regular updates are an integral part of any software experience. Many Android phone makers have turned over a new leaf and gone are the days when regular updates was a point against Android.

While there are some phone makers who aren’t doing as well, probably due to the size of their device portfolio, most are doing well. These include the likes of Huawei, Samsung, and OPPO, OEMs whose skins are nowhere close to stock Android. One such OEM is OPPO. The Chinese phone maker is rolling out the latest January security patch to its 2019 flagship, the OPPO F11 Pro. The update that is still based on Android 9 Pie carries software version number CPH1969EX_11A.41.

Not much is available in terms of the changelog for the update. However, since Android 10 is in the pipeline for this device, it is safe to assume that this update brings little in terms of new features, saving those for the Android 10 build.

As mentioned, the OPPO F11 Pro is in line for the Android 10 update. This is still in the early development and testing stages. As such, it will be a couple of weeks, maybe months, before we see a Stable rollout of the same.

OPPO F11 Pro was launched back in March of 2019. It features a 6.53″ LTPS IPS LCD display and Helio P70 chipset. It is powered by a 4000 mAh battery. Storage comes in a 128 GB variant with 6 GB RAM. Perhaps one of the headlining features for the device was its pup up selfie shooter.

NOTE: We have these and many more OPPO-related stories in our dedicated OPPO section. Check it out for the very latest on the Chinese OEM. 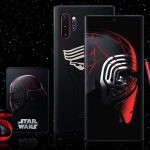 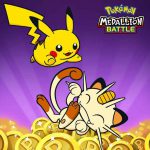