Previously, Android OEMs apart from Google were not up to the mark in pushing out any kind of updates for their device, leave aside security or firmware updates.

However, the situation is improving. During the last few years, especially in 2019, smartphone manufacturers have understood the importance of pushing out timely updates.

This not only creates a sense of trust among their users but also keeps the device updated against any new vulnerabilities that can attack the user’s data. And for that matter, Xiaomi has also done quite a good job in this department.

Lately, Xiaomi has been busy with the push of their own custom skin MIUI 11, then side-by-side the Chinese OEM was also occupied with the rollout of security updates.

And in a recent development, Redmi  7, Note 8T and Note 10 are grabbing new updates. Notably, the Redmi 7 grabs the update in India, while Redmi Note 8T and Mi Note 10 get updated in Europe.

Indian users of the Redmi 7 must rejoice, as Xiaomi has pushed a new update for it. Arriving with the version number V11.0.3.0.PFLINXM, the update is based on Android 9 Pie.

In fact, PiunikaWeb reader should remember that the Redmi 7 has already received the MIUI 11 update in India and Europe. Not only this, but we have also reported that the December patch went live for the European model, some days ago.

Cut to now, with this update Indian users are also getting served with the December patchset. It weighs in around 487 MB for the OTA and brings in quite a few bugfixes, clock, and system optimizations as well.

The Redmi Note 8T in Europe is getting a new update. It arrives with the version number V11.0.3.0.PCXEUXM and weighs in around 503 MB in size.

Moreover, we have reported that the device has already got the MIUI 11 update in Europe. Coming back to the new update, it packs in optimized system stability and system lag. Below is the official changelog along with the screenshot of the update prompt:

However, according to the same user, this update does packs in the December patchset along with the Themes app working for the Italy region. But, it is not mentioned in the official changelog.

Mi Note 10 is also grabbing new update in Europe. Reportedly it brings in optimization localized payment security icon for India. It arrives with the version number V11.0.12.0.PFDEUXM and is based on Android 9 Pie.

The device previously has also received a bugfix update that brought in fixes for the proximity sensor, scrolling screenshots, and notification settings as well. 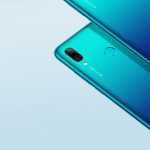 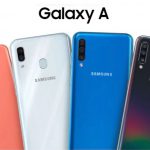