checkra1n for Windows teased, to come out with signed driver

When you want to overcome the OEM-imposed restrictions on an iDevice, it’s impossible to find a way that outperforms jailbreaking. However, the struggle for finding a compatible tool and the complexity of the process do repel ordinary users from it.

As you might know. iOS 13 is the latest iteration of the operating system. Right after its release, checkra1n jailbreak found its place in the community’s trending list for being the only one to do so.

Despite all the advantages, there are a few downsides to checkra1n, the prominent being its lack of support for Windows. Not every iPhone/iPad user doesn’t own a Mac and due to the same, checkra1n jailbreak isn’t affordable for many.

To recall, we could perceive only frontend was pending for checkra1n Linux in the last month. Nonetheless, it hasn’t gone live yet. Most probably, Windows version will only come out after it surfaces for Linux. Disheartened as a Windows PC owner? Don’t worry! We have got something to cheer you up. Today, a tweet has beeped on our radar, indicating the arrival of checkra1n for Windows isn’t a far-fetched dream. Have a look at it yourself.
https://twitter.com/jifa/status/1212755763044790274

One of the guys behind checkra1n (@axi0mX) retweeted it. Meaning, we can take the tweet into consideration with significance. Routing to the official site, there’s a query that holds substance in this particular scenario.

Q: When is Windows support coming?
A: We need to write a kernel driver to support Windows (which is a very complex piece of code!) which will take time. Rest assured however, we are working hard on it.
(Source)

In the light of the recent tweet, it’s almost clear that they just went past the biggest hurdle of writing a kernel driver. So, we do think the release won’t go through a whopping delay. That said, you need to take everything with a pinch of salt, though. 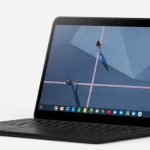 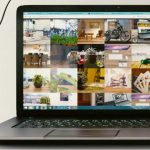