Do you love customising your phone? In case you do, you might avoid iOS because it ain’t a personalisation freak’s paradise. Owing to the Cupertino brand’s efforts to keep the ecosystem closed, changing built-in settings on a raw unit is impossible.

What if you just want the OS to come your way? Well, that involves a series of geeky steps, which cumulatively bears the name, jailbreaking. In short, you intrude into the filesystem to gain an elated set of privileges without Apple’s consent.

From setting widgets directly on the home screen to have a brightness sensitive dark mode, you can tweak almost everything on the platform. Even the Spotify app has a modded version for jailbroken iDevices. But, how can you jailbreak your iPhone/iPad?

You need a reliable tool first. If you ask me for one, I can’t help but cast my vote for checkra1n. Ever since the release of iOS 13, it has been trending among jailbreak enthusiasts. And today, a new beta version has gone live.

For starters, checkra1n doesn’t have a stable version yet and it only supports macOS. Surprisingly, we have spotted ra1nstorm, a method to run checkra1n on Windows PCs. Coming back to the new release, it flaunts Apple TV support among other features and fixes.

A few days ago, our radar could detect the 4K variant of the media box, jailbroken using checkra1n. Now, the support has just gone official. But, running the tool on Linux still seems far-fetched. Wait what!

From a tweet from one of the developers, we perceive the backend is almost ready. It is functional on Linux and they are working on the user interface. That means, the chances for the delay are pretty slim.

As an icing on the cake, another lead developer made it clear that running Linux on iPhone isn’t a tough row to hoe. Moreover, he is working with others to do the same with other operating systems too. Stay tuned to know the developments. 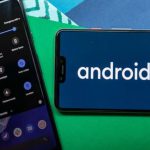 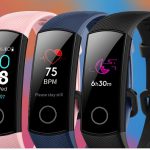