Samsung enthusiasts might already have heard about the upcoming Galaxy S10 Lite. We already know about the rumored specs and price details of the device, and now an alleged user manual has leaked, dropping massive hints about the design to expect when it arrives.

First spotted by Samsung-centric publication SamMobile, the user manual is written in Portuguese, which could already suggest the Galaxy S10 Lite will be sold in the European country probably alongside other Portuguese-speaking countries.

A quick look at the illustrations included in the manual confirms several design details about the rumored device. There is the punch-hole notch that appears in the middle of the screen ala Galaxy Note 10, an under-display fingerprint scanner, and a USB Type-C port at the bottom end. 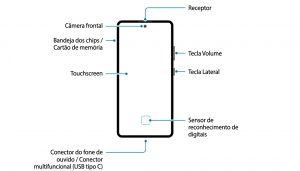 Samsung is once again playing around with the buttons, where the Galaxy S10 Lite will have them on the right side. Although it wasn’t in doubt, the manual also reveals the presence of NFC and MST chips for things like Google Pay and Samsung Pay.

There will be a rectangular tri-lens camera on the back of the Galaxy S10 Lite. Interestingly, though, the S10 Lite may ditch the 3.5mm audio jack since the documents don’t mention it anywhere. Similarly, this didn’t come up when the Galaxy S10 Lite specs details leaked a while ago. 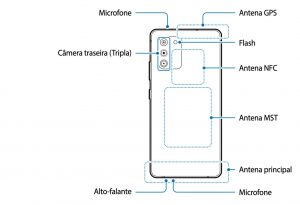 Details of the Galaxy S10 Lite release date were expected to show up at the launch of the Galaxy A51 and A71, but they didn’t. Still, it has been claimed the S10 Lite will be valued at €669 in Europe when it arrives.

As per previous reports, Samsung was rumored to be readying clamshell foldable phones to be unveiled ahead of the MWC 2020. The Galaxy Fold 2 is reportedly the device in question here and as per these reports, it should arrive alongside the Galaxy S11 in February 2020.

Now, another report by Korean publication Yonhap (via SamMobile) claims the Galaxy Fold 2 may begin selling ahead of the Galaxy S11. Apparently, both the Galaxy S11 and Fold 2 may still launch at the same event, but the latter will go on sale immediately, at least in Korea. Of course, with the competition in the foldable smartphone space growing, Samsung wants to get going as soon as the device is unveiled.

The Korean company will definitely have an eye on Motorola’s Razr phone, which is also expected to go on sale in early 2020. But of course, until Samsung actually confirms these details, do take them with a grain of salt.