Having quite a no-show, Motorola came up with a revised version of its iconic Moto Razr in hope of ending this year in a bang. But, it again fell under the radar due to its mediocre specs considering the $1500 price tag.

However, one thing where the brand is keeping alive its name in today’s competitive smartphone market is the push of security and other updates.

Because, if you are the owner of the Verizon carrier model of Moto E6 or the Moto Z3 then, there is a new update available for download.

Notably, the new update bumps the security patch level to December 2019 for Moto E6. Whereas, the Moto Z3 is getting a new update with some system and device stability enhancements but with October patch.

Talking about the update for Moto E6, it arrives with version number PCBS29.73-81-4 and PVT. Moreover, it is purely incremental in nature.

Previously, the Moto E6 was running on October 2019 security patchset and with this new update, the security patch level bumps from October to December 2019. Below is the official changelog along with the screenshot of the update tracker:

Another device is getting a new bugfix update i.e. the Moto Z3 that was launched back in 2018. Keep in mind that the update brings in the October 2019 patchset.

Moreover, we have reported that previously it was served with the August security patchset back in September. Cut to now, this new update arrives with the version number PDX29.84-51.

The current software update:
– Provides the most up to date Android security patches on your device
– Includes changes to improve the stability of your phone and address some reports of random device restarts

Notably, the updates are being pushed via OTA in batches and will take some time in hitting all the units. However, users can manually check for the update notification by heading to Settings >>About phone>>System updates. 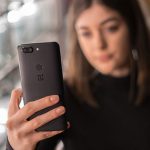