Having issues with Pixel Visual Core on Snapchat and Instagram? You’re not alone!

We all consider a superior camera mandatory for a high-end smartphone. And for many users, being able to take high-quality pictures means a lot. That’s the exact reason OEMs are working hard on their flagship cameras.

Speaking of optics, we can’t help but mention Google Pixel. The cravings for ‘GCam port‘ itself is an indication that people loves the Mountain View titan’s image processing. In case you are not aware, they replaced Pixel Visual Core with Neural Core chipset on the Pixel 4.

Being a user, you might already know that the special chipset helps in enhancing the quality of photos through HDR+ feature. Went live for third party apps in February last year, it takes 10 consecutive shots and averages them for escalating the standard.

Everything was going fine until Pixel Visual Core had suddenly stopped working for many. Apparently, the most affected ones are Pixel 2/ 2 XL. However, there are some Pixel 3 series users, suffering from the same problem as well.

What happened with the pixel visual core and Snapchat?
I’ve kinda searched online for the answer to this. Basically the pixel core stopped working on Snapchat photos on the pixel 2 XL and the photos are basically unusable. Seems like Snapchat went back to being useless for whatever reason. Do we bring Google or Snapchat’s attention to this? Also those on P3 or P4, does it still work?
(Source)

An interesting observation a few users made is that they could get Pixel Visual Core to work while charging (check the photos given below to spot the difference). Although the wide reports cite the issue with Snapchat, it isn’t operating well for many on Instagram either. 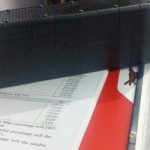 Not charging (Click/tap to enlarge) 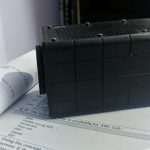 I’m facing a similar issue after December update.
My issue is with pixel visual core service It started after december security patch update. Pixel visual core service has stopped working for apps like snapchat & instagram like it’s meant to. image processing software works fine only when charging.
When my device is charging i have to force stop apps like snapchat & instagram & then click pictures. Then only the pixel visual core service works.
After december update the camera app crashed 3-4 times but then it started working fine but then i realised the problem with pixel visual core service. I’ve tried even resetting the device.
I’m sharing images for reference. The difference can clearly be seen. Both pics are clicked on instagram one while charging and one casually.
Can you guys think of why this could happen and why it only works works only when charging. I’ve tried turning off battery optimization but still it’s not helping.
(Source) Further to the botched up PVC, some still find it’s working on the rear camera. And for the front shooter, they are having the same issue. The problematic units intermittently processed the image right for a few after rebooting.