The smartphones have entered that phase where you don’t even need to hold them to get things done. For example, with a simple voice command, they can play your favourite song just by staying on the table. And, there’re multiple channels for doing that.

Google, Amazon, and Microsoft have their own digital assistants. Due to the wide penetration of Android devices, Google Assistant is the popular one available today. But yeah, Amazon Echo gadgets leverage Alexa for their chores.

The Mountain View tech giant has been constantly trying to improve their machine learning mechanism. That’s how we got threaded conversations for Google Assistant and efficient prediction system on GBoard. However, the implementation sometimes goes chaotic.

In the past, we have shared with you concerns from multiple Pixel 4 & Pixel 3a customers about the voice assistant not being able to do what it should. Not too long ago, the company released second iteration of the application, starting with Pixel devices.

Guess what? The service hasn’t gone flawless yet and broadly infected problem now is its random activation without having to utter the keyword (ok Google per se). Have a look at what an irritated user has to say.

How do I stop it from listening?
I’m watching Netflix and the show just mentioned “I need an ID to travel” and the assistant came out of nowhere and started talking about how Virginians will need a new type of ID to travel starting soon. There was no record of this being listened to in my history, so it’s listening to things without letting me know.

I already have the assistant unresponsive to a vocal “hey Google,” and I did the whole “that wasn’t for you” tip, but I really don’t want my phone listening to everything and not letting me know when it’s happening. Is there a way to turn this off?
(Source)

The number of upvotes and comments under another Reddit post reveals the extent of this issue. Inspite of that, we could land on loads of tweets (1, 2, 3, 4, 5, 6) about the same bug as well.

Interestingly enough, we see a significant increase in the comments from affected users under a separate thread on the official support forum. According to them, their Google Assistant is responding in two (sometimes, three!!) different voices.

Further to the above 2 posts, mine also started doing this today (3rd December 2019). Two female British voices are speaking, the classic one and a strange new one which sounds higher pitched and maybe a bit of a Welsh accent? Please fix it Google, it is very distracting. I don’t like that new voice.
(Source)

The different voices might be getting mixed up due to the natural variations with which the user talks. Apparently, Assistant fails to realise it is coming from the same person and possibly responds as per the context. 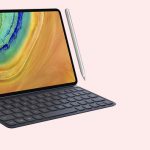