During the initial phase of Android, only Google phones were the ones that received the latest updates more frequently and in time while smartphones from other OEMs were always kept in the pipeline.

However, with the excellent growth and adoption of the Android platform by various smartphone brands, the update frequency for other brands also improved and now there are OEMs like OnePlus and even Samsung that are pushing the updates faster than Google itself.

Nokia is also one of the top names to reckon with when it comes to pushing fast and timely security and other firmware related updates. And in a recent development, two Nokia smartphones i.e. Nokia 7.2 and 3.1 Plus are receiving the latest December 2019 security update.

Notably, the update for Nokia 7.2 brings in some other stability and UI enhancements over the initial December build while the update on Nokia 3.1 Plus is purely incremental in nature. Now, let us take a look at the updates one by one.

PiunikaWeb readers must be aware that we have reported a few days back that Nokia 7.2 grabbed the December 2019 security patchset (V1.20C). Now another build with the same patchset along with some improvements has been pushed for global as well as European users. It is arriving with the version number V1.390 and weighs in around 222.2 MB in size.

Moreover, looking at the discussion on Reddit, users of Mint Mobile, AT&T in the USA along with some in Toronto are also receiving the update for their Nokia 7.2 units.

The update will hit the units via OTA. However, you can head to the below section for manually downloading the update package file:

Another Nokia device is being served with an incremental December 2019 security update i.e. the Nokia 3.1 Plus. Notably, the global variant of the device got the November patch pretty early while Cricket Wireless variant is currently running on the December patch. 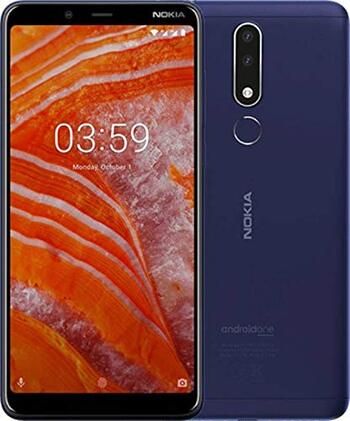 Now coming back to the latest update, it is arriving with the version number V2.25Q and weighs in around 90 MB in size. Below is the official changelog along with the screenshot of the update prompt:

For those who do not wish to wait for the OTA to arrive on their device can head to the below section for downloading the package file for manual sideloading:

Feel free to let us know in the comments below if you have received the December 2019 security updates on your above mentioned Nokia devices.