The Google Pixel 4 is supposed to be the most advanced Android smartphone of 2019. Sure, it does have that radar chip and 90Hz display refresh rate to help raise the stakes, but it’s nowhere near what one would expect in the best smartphone of the year.

Not that anyone expected Google to release the best-designed smartphone of the year, but if you are going to part with $800+, you surely are entitled to more than what you get on the Google Pixel 4 and its XL counterpart.

As if not enough, the Pixel 4 has had to deal with a number of annoying software-related issues. Again, for a company that thrives on the basis of good software, one would expect a more refined software experience from the big G.

But what some are getting on the Pixel 4, not for the most part, though, isn’t what they signed up for. Here on PiunikaWeb, we’ve talked about issues with the Google Assistant, LTE data/roaming on Sprint, Motion Sense on YouTube app, scanning Freestyle Libre sensors, and so on.

Today, we talk about yet another Pixel 4 bug, this time related to audio (microphone) on headphones connected to the phone via Bluetooth. Apparently, the Pixel 4 Bluetooth mic issue has been here for weeks.

Tens of others have since chimed in with similar issues, with a few others confirming that they had talked to Google and the issue had been acknowledged.

I just got off the phone with support for a while and it looks like this is a bug. They said they would get back if they find a resolve or update.
Source

I spoke to Support and they mentionned that the product engineers are aware of the issue and that it may be fixed on the next rolled out patch, I assume December but no confirmation.
Source

Now, from the look of things, it seems the latest December security update might have fixed the Pixel 4 Bluetooth mic issue. There aren’t many reports to confirm this, but one of the affected persons claims the issue is no more after the recent update.

For those still experiencing it even after installing the latest update, there is a workaround allegedly suggested by Google. All you need is to go to “Reset Options” and choose “Reset Wi-Fi, Mobile and Bluetooth” to fix the Pixel 4 Bluetooth mic issue.

I had this issue and called Google Support. They suggested I go to “Reset Options” and choose “Reset Wi-Fi, mobile and Bluetooth”. This seems to have solved he problem, so you might want to give it a try.
Source 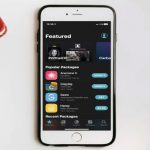