Asus might not be on every smartphone enthusiast’s lips, but the company is well known to seasoned gamers, be it hardcore PC or even mobile gamers.

In the latter category is where you find the ROG Phone 2, the second gaming-centric smartphone from Asus’ Republic of Gamers division. Unveiled in July this year and available since September, the ROG Phone II is the ultimate gaming smartphone the market has to offer.

To further improve the performance, Asus last month started recruiting owners of the ROG Phone 2 into its Android 10 beta program. Asus had already confirmed the imminent arrival of the update a while back.

As I write this, no one knows when the stable ROG Phone 2 Android 10 update will be released. But when the update arrives, we have more than an idea of what it will entail.

Besides Google’s Android 10 features and probably a few others from Asus, the Taiwanese company is also lining up a series of bug fixes and optimizations as part of the OS overhaul.

One of the bugs that will be addressed is related to the PlayStation 4 (PS4) DualShock Controller. It’s an issue that has been affecting ROG Phone II owners for quite some time now, preventing them from using the controller to play games on the phone via Bluetooth.

Although this issue didn’t seem widespread, Asus still promised to work on a fix, however, you will have to wait for the ROG Phone 2 Android 10 update to arrive and address this issue.

You have to wait for Android Q. The PS4 controller works with ZenFone 6 so I can assure you it will work with ROG Phone II after the update.

For those experiencing issues related to Remote Play, Sony did confirm that the feature will only work with devices running Android 10 and above, so yeah, you’ll have to wait for the release of the new OS.

Also, players will be able to use their DualShock 4 wireless controllers via Bluetooth for Remote Play on an Android, iPhone, iPad, and Mac. All you need to do is update to Android 10, iOS 13, iPadOS 13, or macOS Catalina (releasing in October) to use this feature.
Source

We will keep an eye on the ROG Phone 2 Android 10 story and let you know when it arrives and if it actually addresses this issue. 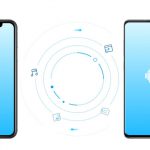 How to transfer WhatsApp chat history between iPhone and Android 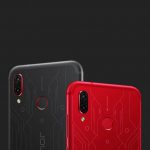